Get the Best Vegan Sausages from Doorstep Organics

As a vegan, you’ll often find yourself missing your old eating habits. For most committed herbivores, saying no to meat is the hardest thing they need to do. And this temptation has nothing to do with how determined you are—even the best of us sometimes crave a good old tasty sausage. But there is a good enough alternative for your favourite meat from the past.

Here at Doorstep Organics, our sole mission is to encourage your healthy abstinence and help you eat only the best, fully organic, and most flavoursome vegan food.

That is why we’ll deliver vegan sausages to your doorstep at any time of day or night, among many other vegan products that are available in our extensive offering.

The Benefits of Vegan Alternatives to Meat

Vegan alternatives to meat don’t have to be bland and tasteless.

As part of our offering at Doorstep Organics, vegan sausages actually come with more flavour than their meat-based counterparts. Some of them are seasoned with sundried tomatoes and basil, while others take their flavour from kale, pepperoni, and cauliflower.

In all cases, vegan sausages are low in calories and fat. Since meat is usually being replaced with soy, they are also rich in carbohydrates, amino acids, and protein. Not only do they make a wholesome meal, but they also care for your cholesterol and blood pressure.

Even if you’re not a vegan, replacing your typical beef or pork sausage with a vegan alternative is a smart decision that will have positive long-term effects on your health. Unfortunately, you won’t be able to find vegan sausages just about anywhere. But Doorstep Organics has a solution for this. We can deliver fresh and tasty vegan sausages to your address.

The only thing you need to do is add them to your shopping cart. 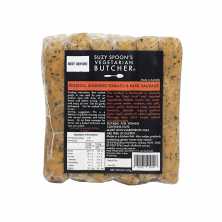 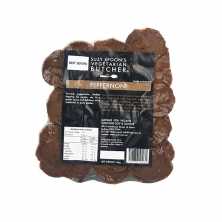 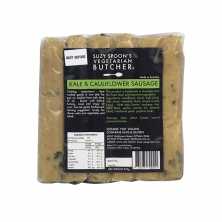 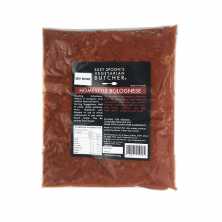 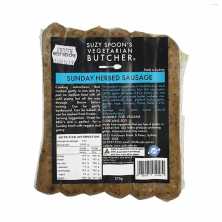